Six students from the 3D digital artist education in Copenhagen have contributed with virtual scenes at a workshop for production design and photography students at the Norwegian Film School. It took place in collaboration with the international research project Virtual Production Studies (VIPROS), in which both CADA Truemax and the Norwegian Film School participate. 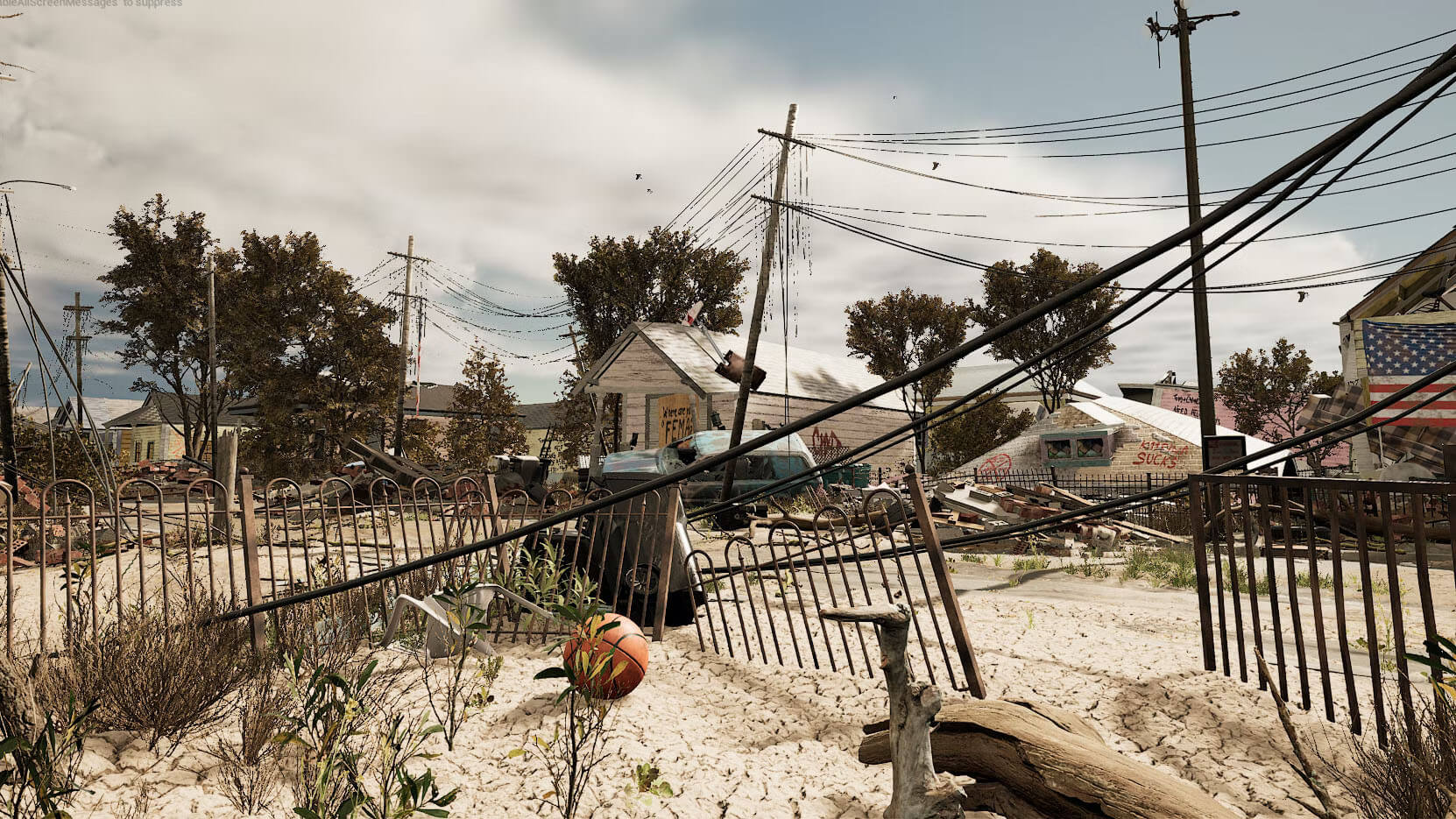 The theme of the workshop was “New Orleans after Katrina”, and the task was to convey changes after a natural disaster, namely the destruction after Hurricane Katrina’s ravage in New Orleans in 2005. In a study, the students had to build the interior and exterior of a house in New Orleans and show how water and forces of nature had transformed the buildings in the city after the hurricane. 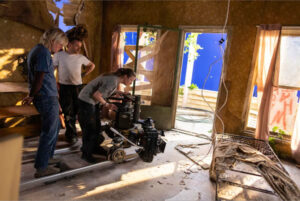 It was the first time the workshop used virtual production, says photographer Kjell Vassdal, who has worked with project manager Troels Linde from VIPROS:

“When you build a decoration in a studio, it usually has windows. Therefore, what is to be seen outside the windows will have an impact on the overall experience. There are many techniques for creating lookouts through windows. This time we have chosen to use a quite new technique with a virtual world, which students from CADA Truemax have helped to create. It is a technically complicated technique.”

The six students from Team 2020 at CADA Truemax designed the virtual exterior from New Orleans in Unreal. They worked online with the film students in Norway – i.e. online in dialogue about the 3D models of the scenery and in short visual courses in the studio – before taking the trip to Lillehammer to participate in the study on the last part of the exercise.

Christian Ballund, head of CADA Truemax and one of the designers of VIPROS, finds that the participation in the project offers great opportunity for the students:

“Collaboration is a large part of the requirements for working in the digital visual arts, and projects like this is really an enabler for that. The students do not only get to bring their creations to life with state-of-the-art technology, but it also helps them build their international networks, working together with future film makers. “

It was the sixth time that the Norwegian Film School organized the workshop, which has become one of the most important workshops for photography and production design in Norway.

Read more about the project here.

Page load link
This website stores data such as cookies to enable essential site functionality, as well as marketing, personalization, and analytics. You may change your settings at any time or accept the default settings. You may close this banner to continue with only essential cookies. Read our Cookie Policy here. Settings OK Reject

These cookies collect information that is used either in aggregate form to help us understand how our Websites are being used or how effective our marketing campaigns are, or to help us customize our Websites for you.

These cookies are used to make advertising messages more relevant to you. They perform functions like preventing the same ad from continuously reappearing, ensuring that ads are properly displayed for advertisers, and in some cases selecting advertisements that are based on your interests.
Go to Top